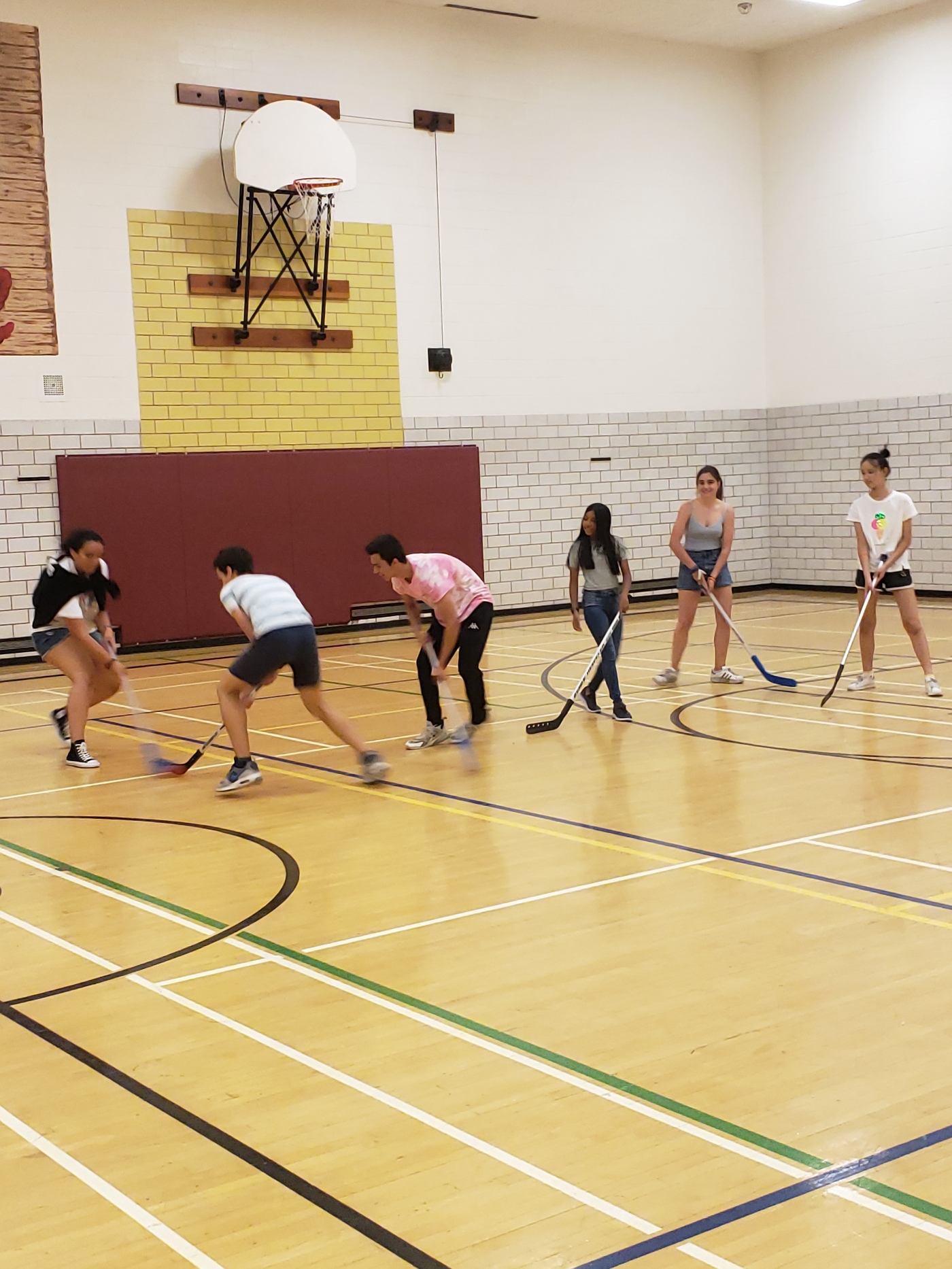 Today we played hockey which is a very popular sport in Canada. We played hockey in the school’s gym. Actually, we were supposed to go to the space simulator activity, but sadly, it was cancelled. In the first round, I just watched my friends while they were doing exercises and listening to the rules and tactics of playing hockey. I realized that hockey is risky even for the audience. We played with a plastic ball, but when someone hits it with some force behind it, it will turn into an even heavier ball. After the game, I searched something about this issue on the net. In real hockey games, they put a net in front of the audience.